Since 1928, Turkish has been written in a slightly modified Latin alphabet which is very nearly phonetic.

The Turkish alphabet has 8 vowels (A E I Ý O Ö U Ü ) and 21 consonants. The letters Q,W and X do not exist in Turkish. Most letters are pronounced pretty much as you would expect, but some are not. Once the phonetic value of all letters is known, then it is rather easy to pronounce any word one sees or to spell any word one hears.The following letters require explanation:

Turkish belongs to the Turkic branch of the Altaic language family.The earliest Turkic inscriptions date from the 7th century C.E. and Islamic texts written in Turkic appear in the 11th century. Turkish, the language of modern Turkey, is spoken by about 60 million people. Other important Turkic languages are Azeri (15 million speakers) and Uzbek (14 million speakers). Turkish formerly used the same alphabet as Arabic, but has been written in the Latin alphabet since 1928 as mentioned above; since 1940, Azeri and Uzbek have been written in Cyrillic but efforts are now under way to replace it with Latin.

As an Altaic language, Turkish has virtually nothing in common with English or other Indo-European languages except for some loan words, usually from French or English.

Turkish grammar is complex, but also quite regular. Its two most characteristic features are : (1) vowel harmony (vowels within a word follow certain harmonic patterns) and (2) agglutination (addition suffixes to words.) Through this process, astoundingly long word phrases can be encountered. For example, the following means, “Maybe you are one of those whom we were not able to Turkify.”

Another interesting feature is that there is no gender in Turkish.The same word , “o”, for example, means “he”, “she” and “it”. 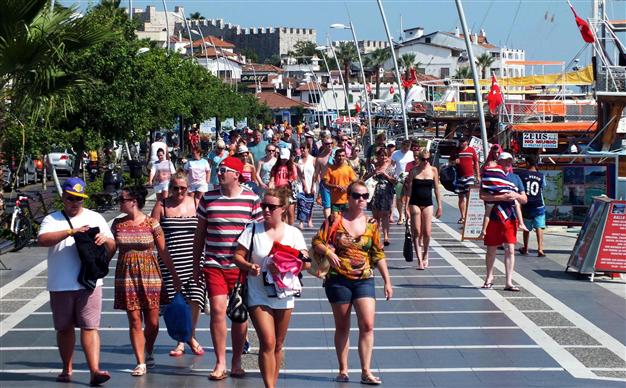 The popularity of Marmaris as a holiday destination just keeps...

Finally a good service in Marmaris area for our Disabled...

Turquoise Trails- One of the Best in the World with... 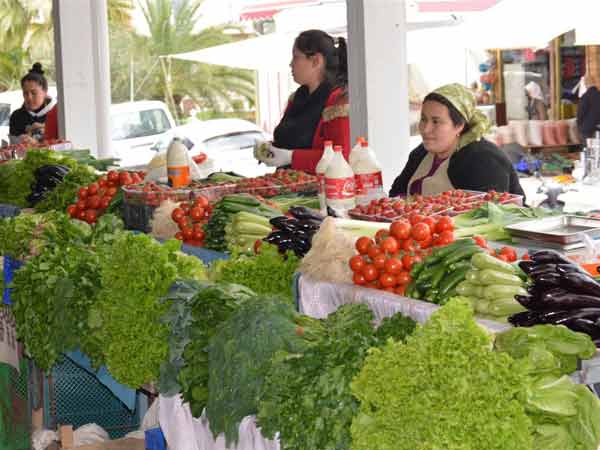 Market Locations and Days Marmaris Market – Every Thursday and...